Black History Month may be in February, but learning about the importance of African-Americans in Illinois history is important all year-round. Don't miss these great upcoming events!
Our friends from the Genealogy Society of Southern Illinois passed along this event!

Darrel Dexter will present “Stories of Bondage in Egypt: Slavery in Southern Illinois” at 7 p.m. Thursday, March 25, via Zoom.
The lecture is based off research presented in Dexter’s book, “Bondage in Egypt Slavery in Southern Illinois.”
While conducting research for his book, Dexter visited the courthouses of the southern 24 counties of Illinois and discovered many official records of slavery. He found the primary source documents to provide a concise picture of how the enslavement of thousands of individuals was carried out in Illinois for 150 years under the shield of the law.
By sharing the stories of several people who were enslaved in Illinois, Dexter hopes to emphasize the effect slavery has had on the state in the past and present. Among the lives to be examined include Lydia Titus, who filed the first freedom suit in Illinois and spent her life fighting for the freedom of herself, six children and grandchildren.
CLICK HERE to register for this Zoom presentation! 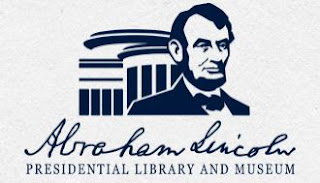 The Abraham Lincoln Presidential Library and Museum, with their partners at the Springfield Central Illinois African American History Museum, will present "Camp Butler National Cemetery: Then and Now" on Tuesday April 6th at 7:00pm.
Joseph Wheeler, the foreman of Camp Butler, will present the rich history of this national cemetery.
The camp was established in 1861 to train the surge of incoming troops after the defeat of Bull Run and President Lincoln's call for 500,000 more men to join the fight. You'll learn about its role in preparing Union soldiers for battle, as well as providing space for housing Confederate prisoners. Mr. Wheeler will also discuss the important history of colored troops that were also present at Camp Butler, including the distinction of no segregation of white and black troops from the very beginning.
CLICK HERE to learn more and register for this Zoom event!
© 2021, copyright Illinois State Genealogical Society